UFO WAR IN THE PACIFIC 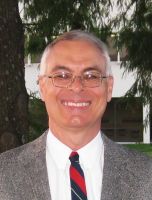 John Kettler is in a unique position with his background in the defense industry involving relatively high levels of clearance and the current intel he is receiving from both ON and OFF-WORLD. In January he was contacted by several highly placed sources communicating with him about current events and what is really going on.

On top of that, he began having contact with what he believes are off-world humanoid ETs…

Though details are practically nil, it is known that space based weapons, anti UFO energy weapons of some sort, formed the payloads launched. Additional word has been received, this time from the Liberation Forces, that whatever went up was assembled in space. Reportedly, 11 anti UFO weapons have been assembled. 11 is a number of deep occult significance. Further, it has now been learned, neither the missing Navy warship nor the crew will ever be seen again. The fight’s over, but the Air Force is running scared, and is gearing up to fight a now-dead foe.

The still unnamed Navy warship, now known to be a frigate, disappeared weeks ago in a green beam, “shortly before dusk,” after being hit by the craft’s weapon, whatever it was. This occurred after the USO (Unidentified Submerged Object) became a UFO–hovering “about a hundred yards” right in front of the frigate, which was “making 20 knots.” The UFO, which was pacing the frigate from dead ahead, hit the ship with some sort of white sensing beam, causing “sailors on deck to glow” that color, to which the frigate responded with “several 5 inch guns.” This resulted in a strike from the UFO, in a green beam which made everything glow bright green, and when the beam quit glowing, the ship ceased to be.” That was when, we now are told, the whole ship’s complement died, too.

A companion frigate, sailing about “half a mile away,” suffered severe GI issues among all personnel topside when the other vessel, whose crew was close to the crew of the companion vessel, vanished while under attack by the now-identified-as-Reptoid UFO. Nor was this all of it, for right after the first frigate disappeared, a “rain of metallic objects came down on all the weather decks, from stem to stern. They were afraid they were some sort of explosives and were reticent to pick them up.” After waiting several hours with no explosion, “they swept them up and examined them to see what they were. They were inch diameter turtles.”  Laboratory examination later determined the turtle figurines were “cast and made of DU.” DU is depleted uranium, a dense, heavy and weakly radioactive metal. The assessment was this: “somebody went to a lot of trouble to produce them.” Reportedly, “over a thousand were recovered.” Word was sent back to the frigate of what had been learned, and so an additional 22 were turned in to the ship’s Master at Arms as a result. The sailors involved wisely decided to preserve their reproductive capabilities!

Since then, a  joint anti UFO task force, with “over 30 ships involved,” consisting of U.S. Navy (sources say 20 ships consistently) and PLAN (People’s Liberation Army Navy–Chinese Navy–numbers vary daily), has been gunning for the almost 40, per the Liberation Forces, underwater lairs of the UFO attacker, with unknown military actions reported off the coast of Mendocino, California. Ironically, in trying to attack the Reptoid UFO bases, the anti UFO forces have been inadvertently protecting them from the Liberation Forces! That may change soon. Here’s why.

The Liberation Forces have now confirmed “the ship was crushed and the crew destroyed.” The Navy turns out to be horribly prescient, in that it reportedly hid the awful event, without knowing what really happened to ship or her complement of 200+, under a stack of “lost at sea in a storm” and similar reports. There is nothing to retrieve, since the Liberation Forces have said that is all not only in another dimension, the 4th, but not even in this galaxy …. JOHN KETTLER