EYES TO THE SKIES : Flight 370 Rescued by the Star Nations – Galactics say plane and passengers are safe

Update:
March 13 p.m. – So far I’ve listened to the first audio from Wednesday
and it was loaded with intriguing information about flight 370, the
passengers, their status, what happened and why the ETs seized the
plane, what they plan to do next, the cigar-shaped craft, and a lot
more.Wow! Eyes to the skies!

Ashtar said the passengers who chose to go to Agartha are
overjoyed to be part of the plan to negotiate NESARA into being and are
in it for the long haul until all their respective governments sign the
documents so the “hostages” can be returned to their loved ones.

About 1:15:00 they discuss the RV. Very interesting, and very uplifting stuff.

A reader shared this, and since I’ve been called Pollyanna and
the Unsinkable Molly Brown over the course of my life, I want to put
this out there.

Personally, I believe ANYTHING is possible because there is so
much we don’t know about our reality and physics. You can believe what
you like.

Several contacts have already told us the Galactics made sure the
plane and passengers are safe, and it would certainly fit with the
radar images we saw and the cell phone responses and lack of wreckage.
Could there be a better outcome? Win-win-win!

Thank you for this, Terry. I’d much prefer to envision this than
the alternatives.  Until I hear otherwise, in my world all is well. ~ BP 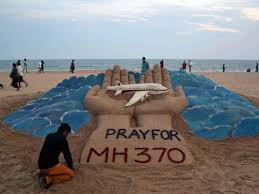 Flight 370 Rescued by the Star Nations

They did intervene in the Flight 370.

… No quote-unquote ‘hostages’ more like a bargaining chip for WORLDWIDE PEACE.

More was discussed on the Weds channel panel call http://www.blogtalkradio.com/channelpanel/2014/03/13/channel-panel-with-god-ashtar-and-st-germain

There was a major hydraulic malfunction that froze the flaps sending
them upward. With no intervention it would have entered the stratosphere
and blown apart due to the altitude. Ashtar and his ship saved all who
wanted to be saved, approx 75%. The other 25% transformed into full 5th
dimensional beings.

The ship and the 75% are safe and sound in Hollow Earth and having a
marvelous time. The World Govts. of passengers on the plane have been
informed of this fact and are being told to ENACT the Real NESARA
programs worldwide, sign the agreements then the passengers can return
to tell their stories, etc.

Highly suggest to read up on Col. Billie Faye Woodard at the site to
gain more insight into who he really is, his mission on the surface,
etc.  He was put in charge of Area 51 when he was 19 yrs old because of
his abilities and spent 11 yrs below surface working there 1970-81 or
so. All the shows are very enlightening and informational.

One tidbit he shared on one call: ever wonder why all shoes’ soles
for the last 40-50 yrs are made from plastic? Because when they were
leather we were grounded with the earth. Plastics you can’t be grounded
with Mother Gaia.

This needs to go viral so ppl know the real TRUTH. I tried posting on other blogs but was unable to do so.

4 thoughts on “EYES TO THE SKIES : Flight 370 Rescued by the Star Nations – Galactics say plane and passengers are safe”