Sheldan Nidle Confirms Malaysian Flight 370 is in a Higher Dimension 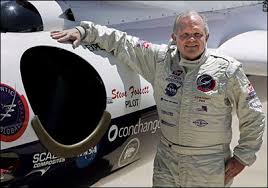 Although Sheldan is technically not a channeler he confirmed in his webinar yesterday that Flight 370 is in another dimension in Hollow
Earth. He will provide more information in his Tuesday update.

Here is another perspective on the missing flight 370. Today during Sheldan’s Webinar 49 he answered a question about this event.His comments were without details…but he said it would be covered in this week’s update. (Tue)He said the plane entered a riff into another dimension…and is now in 5th of inner earth.This is the first time Sheldan has commented on this topic and look for more details on the Tuesday update.This contradicts what COBRA announced recently where he claims no UFO’s involved.

While Cobra said the Galactics did not take the plane, it could have slipped into another dimension without any ET involvement. It wouldn’t be the first time.

And the Agarthans are not ETs. They live here, just as we do.Many ships and planes have disappeared in the vicinity of the Bermuda Triangle as well as other locations, and, as I mentioned in a previous post, pilot Steve Fossett and his plane popped into a higher dimension over California on

September 3rd, 2007. You can read Steve’s account of this in the books he produced, channeled by Carolyn Evers a few years ago. I found his accounts riveting.

.
Steve said he suddenly found himself under the care of beings who administered to him to save his life because the sudden jump to the higher frequency would have killed him otherwise. His plane was crushed and he never returned to 3D Earth. They must have felt he was worth saving, however.

In fact, Steve did have messages for Humanity about the time we now find ourselves in and it’s recommended reading. I couldn’t put it down (in a manner of speaking). It’s via eBooks. You can get your copies here.

You can also listen to the channeled message from Steve on Carolyn Evers’ BBS Radio Show, ‘The Messenger’ here.

So… isn’t it possible that the plane DID skip out of 3D? I think the “whys” will be the interesting part.
It will be fun to hear what Sheldan has to say tomorrow.