Wow! This is monumental! Congratulations, Kevin—a true hero—and everyone who played a part in bringing this about.

This is a turning point in the disclosures of the evil that has lurked on this planet for millennia. The threads are plainly beginning to unravel and people will no longer be able to turn a cold shoulder to the ugly truth. The life we thought we were living will soon be in tatters, beyond repair, forcing people to start over from scratch.
So much is happening now… propelling us toward freedom and healing. First there will be excruciating pain, but healing will follow. ~ BP 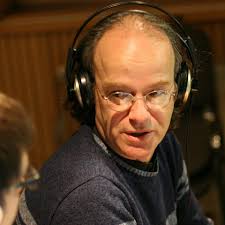 A Special Report from ITCCS Canada with Commentary by Kevin Annett

Until this week, government and church officials have either denied or stayed silent about Rev. Annett’s documented estimate. But previously “segregated” statistics of the deaths of residential school children made public last Friday by different provinces indicate that “tens of thousands” of these children died in the facilities, which were operated primarily by the Roman Catholic, Anglican and United Church of Canada.

In British Columbia alone, government records indicate that nearly 5,000 children between the ages of four and nineteen died in the residential schools until 1956, although the schools continued in operation until 1996, putting the total death figure even higher. Rev. Annett’s research established that the high death rate of over 40% of the students was the result of deliberately infecting them with tuberculosis and denying the sick treatment. (www.hiddennolonger.com)

“This news officially confirms what our Court established in its lawful verdict of February 25, 2013” stated George Dufort of the International Common Law Court of Justice in Brussels today.

“Canada and its churches, the British Crown and the Vatican stand guilty as charged as disestablished criminal bodies and can no longer have any lawful or legitimate constitutional authority if the rule of law is to be followed”.

This week’s official admission of massive deaths in the Indian residential schools comes on the heels of shocking new evidence showing that a Vatican and Church of England child sacrifice cult known as the Ninth Circle operated at the same schools for over a century, including at the Mohawk residential school in Brantford, Ontario. (www.itccs.org, March 29, 2014)

Kevin Annett was reached at his home in Nanaimo, British Columbia today and provided the enclosed you tube commentary on the remarkable news.

“I always knew their lies would fall apart, and persistence would pay off” remarked Kevin.

“But I’m thinking now of all my friends who died after struggling to see this day come about, like Bingo Dawson, Billie Combes, Ricky Lavallee and Harry Wilson – some of the eyewitnesses to the Canadian Holocaust who went public at great personal risk. This is their victory, as it belongs to all the missing children. But it will only mean something if Canadians act on this final proof of Genocide by church and state to enforce the verdict and arrest warrants of the Common Law court.

“Prime Minister Stephen Harper, Queen Elizabeth, Joseph Ratzinger and twenty seven other officials belong behind bars. And more than that, it’s now time to establish a constitutional Republic in Canada that is free and independent of the British Crown and the legacies of Vatican-sponsored Genocide”.

Details of the plans to act upon this recent acknowledgement are discussed in Kevin Annett’s attached you tube commentary.

CRIMES OF CHURCH AND STATE

Canada and its churches, the British Crown and the Vatican stand guilty as charged as disestablished criminal bodies and can no longer have any lawful or legitimate constitutional authority. Court issued a “stand down” nullification order to all of the agents of those bodies, including the Vatican, the Crown of England and the government of Canada.

This order completes the legal disestablishment of the guilty institutions by releasing the police, judiciary, clergy, soldiers and all employees of these convicted bodies from their oaths of allegiance to the former head of state of the Commonwealth, Elizabeth Windsor, and to the Pope and the papacy in Rome.

The order negates the authority and jurisdiction of all of these officials. It notifies them that their continued allegiance to the convicted heads of state and church will constitute collusion with wanted criminals, and thereby an act of Treason against the people and the law, and may result in their arrest and imprisonment. UPDATES

← I AM – NOT FOR SALE : NOT TO BE PUSHED FILED STAMPED INDEXED BRIEFED DE-BRIEFED OR NUMBERED – UNSLAVED
GET ‘ORF OUR PLANET : ANTI-CHRIST UPDATE OF THE NEW WORLD DEMIURGE PSYCHOPATHS →