PLANET EARTH IS NOT FOR SALE

On the Origin of the World:

“Now when the heavens had consolidated themselves along with their forces and all their administration, the prime parent became insolent. And he was honored by all the army of angels. And all the gods and their angels gave blessing and honor to him. And for his part, he was delighted and continually boasted, saying to them, “I have no need of anyone.” He said, “It is I who am God, and there is no other one that exists apart from me.” And when he said this, he sinned against all the immortal beings who give answer. And they laid it to his charge.

Then when Pistis saw the impiety of the chief ruler, she was filled with anger. She was invisible. She said, “You are mistaken, Samael,” (that is, “blind god”). “There is an immortal man of light who has been in existence before you, and who will appear among your modelled forms; he will trample you to scorn, just as potter’s clay is pounded. And you will descend to your mother, the abyss, along with those that belong to you.

The chief of the Archons is Yaldaboath, the Demiurge, a demented pseudo-deity who takes himself for the supreme creator. “Because of the glory of the power he possessed from his Mother´s light, he called himself God”

Gnostics daringly identified the Demiurge with Jehovah and condemned the Biblical deity as a monstrous tyrant who works against humanity. This was, and still is, the central message of Gnostic heresy.

Nag Hammadi cosmologies describe a complex set of events in which the Aeon Sophia aligns her power with a newborn star that has emerged in the Kenoma, the chaos outside the galactic core where the Archons swarm. Unlike the Anthropos, the Archons have not been emanated from the Pleromic core. They are an extra-Pleromic aberration, the side-effect of Sophia´s fall. To help her manage these bizarre conditions, the goddess finds an ally in Sabaoth, the newborn sun.

On the Origin of the World recounts how Sophia, having strengthened herself by this alliance, confers unique power on the newborn sun: “Sophia poured upon Sabaoth a burst from her Divine Light for recognition of the condemnation of the Archon. When Sabaoth received this light, she also received great authority over the powers of Chaos”. Henceforth, Sophia will be bonded to the sun through her “flame-born daughter,” Zoe, deathless vitality. The “structural coupling” of sun and earth is an established concept in Gaia theory.

The Mystery narrative is participatory, describing how humanity plays into the story of Sophia´s bizarre metamorphosis. After the conversion of the sun, Sophia condemns the Demiurge and predicts the triumph of humanity over the falsifying influence of the Archons.

You are mistaken, blind one. There is an immortal Child of Light who came into this realm before you and who will appear among your duplicate forms, in your simulated world. . . . Humanity exists, the root anthropos, and the offspring of the human strain exists. . . And in the consummation of all your works, its entire deficiency of truth will be revealed and dissolved by this luminous Child.

Sophia declares that humanity will overcome the spell of the Archons, entities who can deviate human evolution in odd, undetectible ways. But humanity, the Pleromic emanation of novelty, needs a world to inhabit before it can evolve and assume its responsibilities in the cosmos. Normally, such a world would arise automatically by the laws of the Kenoma, the outer chaos. But the fall of goddess is a rare exception in cosmic order: The Divine Sophia morphs into the life-supporting planet that humanity will inhabit. The myth implies that the earth formed from the divine force of the fallen goddess does not belong to the planetary system, but is merely captured in it.

Sophia´s epistrophe, Her conversion into the elements of the biosphere, does not survive in writings attributed to Gnostics, but only in the paraphrase of the Church Father, Irenaeus, bishop of Lugdunum in Gaul.

Irenaeus is recognized as a saint by the Catholic Church.

He has a certain  style tainting the works of Gnostics saying :

Book IV of Against Heresies … he recounts how the goddess morphs into the planet earth, her emotions turning into the elements of the biosphere. Seemingly baffled and amazed by this development, Irenaeus says that Sophia must have been “compelled by love or audacious yearning.” Plunged into the material elements and immersed in sensuousness, the goddess is called prunikos, “outrageous,” and insultingly dubbed “the Whore of Wisdom” for this bizarre act of commingling. 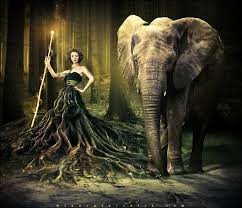 The Wisdom goddess explains how She who existed before the earth ever was, became the earth. The second part of Sophia´s biography concerns her correction, diorthosis, the process by which She becomes reintegrated with the Pleroma, the cosmic core of our galaxy. Although surviving Gnostic writings are not explicit on how correction works, they leave no doubt that humanity is deeply involved in this process: “And the luminous epinoia was hidden in Adam, in order that the Archons might not reach that power, but that the epinoia might be a correction to the deficiency of Sophia”.

The Gnostic myth of the sacred earth is open-ended. Its conclusion has not been predetermined by the will of a higher being, but it can be affected by human willingness to embrace the plight of the Divine Sophia, and complete her cosmic adventure with Her. The story of Wisdom becoming Gaia is a fable of regeneration, and perhaps the ultimate survival myth for the human species.