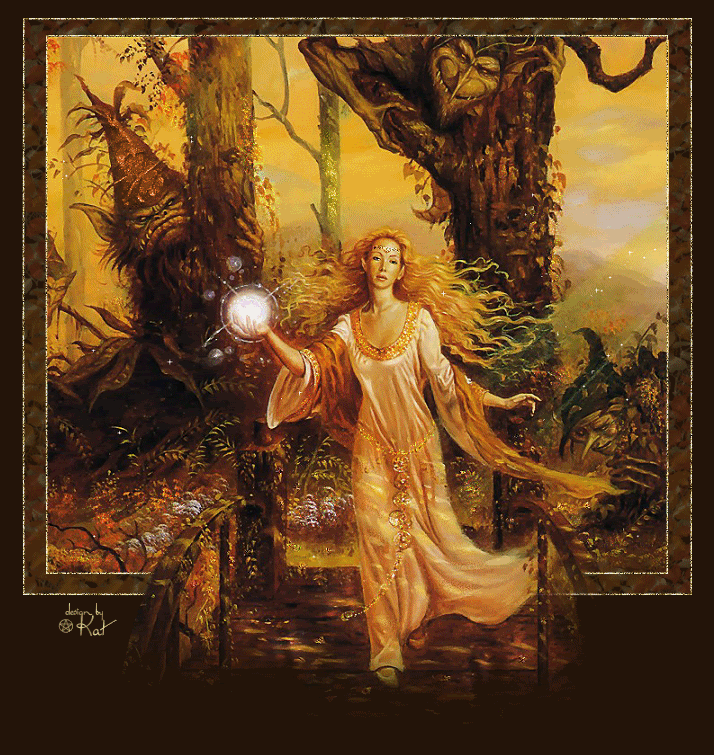 Of the Omni-Earth, the parallels of Earth, and that termed the Elemental Kingdom. We speak of thyme incredible vortex of Skellig Michael, and of the Firmament anchor of Newgrange. We speak of the land of the Goddess and Fae.

Certain parts of the world have a somewhat differing type of elementals. Only the few vectors on the planet that project what may be termed the ‘full-spectra energy field’ have the full quality & quantity of the entire Fae Kingdom. Fewer still of these have the energetic lens that enables humankind to more tangible ‘see’ and interact with these beings.

Ireland, more than any other area on the planet, has the greatest variety and populace of the Faerie and Elfin Kingdoms, and that those in Ireland are far more interactive with humans. That is precisely why so many rich folklores of the Devic exist in Ireland.

There are indeed rich & diverse pockets of Devic Beings that timelessly inhabit the green hills and river valleys of Ireland. Although much of Britain and parts of Europe and your planet have similar pockets, the Devic Kingdom in Ireland is more tangible, more lucid, more fully expressed than most areas of your planet… and can thus be more vividly experienced.

Long before mankind entered upon the Earth, the Omni-Planet contained within it the natural forces, that termed the Elemental. These material aspects were full spectrum, not just as dense physical matter but rather the complete spectrum of matter and anti-matter… in which the conscious living aspects were projected & diversified, conscious in all manner of what is termed ‘elemental’ life. That then existing within the the five matrixial formats or elements : Air, Earth, Fire, Water and the fifth – Etherium.

Matter exists in spectrums, as does light.

In the earliest explorations into that termed the Earthplane, the soul of mankind entered into the plane in a nonphysical state, a thoughtform state in which mind had indeed the full capacity to mold & form matter and enter into physical matter in full consciousness.

Many souls found expression in what may be termed the elemental kingdom or better said the elemental matrix in those pre physical eras. That is why so many humans relate so powerfully to these Elemental Beings. For indeed many experienced first life within and without them in projected spectra-state within the elemental matrix.

There are indeed many humans who found beautiful expression in what may be termed elemental expressions as light beings of what is akin to the Faerie realm. Such life expressions were nonphysical manifestation of Divine Mind. Many associate this as being in LeMuria or Mu, but this is before the planet was in duality. This then in the pre-human earth of the original Firmament.

At his time did many choose expression in the projection of thought form and experience the Gardens of Earth through the elemental forces that define the earth. These expressions as beings of a semi physical, yet non physical nature allowed many to experience consciousness with realms of air, earth, fire and water. This is vaguely recalled in the forgotten lore of Faeries, Mermaids, Sprites, Dragons, Trolls, Gnomes and such.

That which we term the Devic Kingdom, are essentially projected aspects of the elemental, mineral and plant kingdom that find conscious dynamic expression through vehicles of electro-magnetic and crysto-electric energy.

Some Devic forms are more advanced than others. Those of the Fae possess divine intelligence, whilst others of the Devic realm are more like the lower fields of that termed the bird or winged kingdom, in terms of having awareness within a group-thought pattern as opposed to individual consciousness.

The higher intelligence of the Fae will more willingly interact with certain humans, while the majority are less drawn to close communicative interaction, and keep a certain distance…not unlike a sparrow or thrush in ones garden that will fly away if one gets too close. 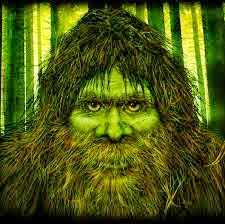 Not all Devic forms are what you may think of as positive or benevolent in nature. Some are consciousness sourced from electromagnetic fields and as such both positive and negative are required to balance the electrical spectrum you see. Some view mankind as brothers, others do not. Some project the vibratory essence of supreme love, others are somewhat malicious and mischievous, from your perspective. Yet both are electrical l forms of bio-plasmic life, in a manner of speaking.

The Faerie Kingdom is light based elementals generally sourced of air. There are varieties of faeries that are water sourced and plant kingdom sourced. The plant sourced faerie is traditionally referred to in your folklore as pixies and brownies. Both having a very excited positive vibration, often creating a sensation in humans associated with delight and laughter. They are quite real, and exist all over the planet. The Kingdom of Fae tends to mass in areas of higher energy. In those places termed powernodes and sacred sites. But to be clear, such locales are termed sacred and powerful precisely because the dimensional veils are thin in these vectors. All variety of the Fae are particularly drawn to gurgling brooks, small cascades, pools, plants, mushrooms and particularly ferns & flowers.

The Elfin Kingdom is Devic Beings that are projected from the earth. These include elves, gnomes, and trolls. The Elfin exist in forests and wooded greens, and aspects of the elfin are particularly associated with Greenman. In a true sense all of the elementals are inner related each aspect being somewhat dependent on the other, plants needing earth, water and light for example.

Edgar Cayce, among others spoke of having very real experiences and interactions with faeries, pixies and brownies throughout his childhood. The channel has shared of experiences on Skellig Michael with faeries and pixies, with prolonged visual contact. The visual being an aspect of the energy field at Skellig and other parts of Ireland in which dimensional fields are concentrated and overlapping in more tangible concentricity.

The Sacred Dragon are benevolent and fully conscious beings. These do indeed exist, and have existed on the planet long before humanity. They possess supreme divine intelligence and are extremely advanced. They are protectors of humanity and of the planet, and are taking a greater role in the Cosmic Trigger. These beings are Masters of what is termed earth-kundalini and as such are involved in engineering aspects of the aptly named dragon line-currents and ley lines which are in fact arteries of life force on your planet. They are now in a greater role, involved in the formation of new energy lines within the crysto-electromagnetic surge of the Cosmic Trigger, or crystallization expansion of the Ascension into and the Earth-Current Leys.

Have not your cultures throughout the ancient world had legends and stories of these beings, even religions in Asia devoted to their worship. These beings are extremely advanced, and fully conscious, and have existed on the Earth since the beginning. We tell you there are benevolent ‘Angelic Dragons’ are among the Ascended Masters.

Do not confuse these with the concepts in myth and lore of evil dragons who kidnap princesses into castles and caverns. Nor with sensational provocative theories of evil reptilian take overs of your planet.

Now, the mythology of your Arthurian stories in regard to fire-breathing dragons as evil beings that capture princesses are indeed myths and the descriptions are distorted and quite obtuse.

We tell you this while in ancient days, pre LeMurian, pre Atlantean phases of the earth, there were dragons that entered the Earthplane from Zeta Reticuli that were not benevolent. These were in fact battled and driven from the earth by the sacred benevolent dragon beings that still reside on your planet. Although much fewer in numbers, they have always existed here, and are great protectors of your planet, and work closely within the energies of the planetary kundalini force.

Now, there are also extra terrestrial beings of a reptilian nature that do indeed exist. Just as humans, some are benevolent and some are warlike. There have been periods in the earth’s unfolding in which reptilian beings have attempted to enter the Earthplane, and not always for benevolent purpose. These are NOT the beings to which we refer.

Even yet the words, dragon, serpent and reptilian cause humans of the western world to shudder in fear and associate them with evil or dismiss them completely as mythological folklore. The metaphors of St George slaying the dragon or variations of this tale are seeded in the Church’s reign to demolish paganism in their crusade to politically reign & dominate. Yet in many other cultures and religions, especially in Asia, the dragon was revered, and considered a source of wisdom, divinity and ‘good-fortune’.

There is a Devic form of ‘dragonesque’ beings that exist in the elemental kingdom, but these are not the Sacred Fully Conscious Dragons of which we speak. Rather are they elementals that are a conscious form of the elemental realm , projections of the Fire element. The indigenous have often used Fire Devics in ceremony, assigning a ‘Fire-Keeper or Fire-Spirit Talker to hold ceremony in vision quests and ritual dances. There are also fire elemental projections considered as etheric salamanders and fire-glyphs.

The fully conscious divine beings of which we now refer abide both in the inner earth, particularly in volcanic regions and others are drawn to magno-crystalline mountains in high elevations. These beings are not of the elemental electromagnetic kingdom, although they are closely aligned to the earth’s electromagnetic and crystalline energies.

Some of these are massive in size up to 50 meters in length , and radiate a golden light . They exist primarily in higher parallel dimension, but do also bodily exist in your physical world. These are beings of golden light, and are actively involved in the energetics of your planet. They are guardians of certain of your interdimensional gates. They are indeed of divine intelligence, both etheric and physical.

“Spheres unknown below our feet; spheres still more unknown and more unexplored above us, between the two a handful of moles blind to God’s great lights and deaf to whispers of the invisible world…”

Skellig Michael is a Natural Temple, a power-node of terrestrial construct, one created by nature, by the Divinity of Earth. The structure of Skellig Michael is pyramidal in geometry and is particularly aligned with celestial energies.

Atlanteans were very aware of all such nodes on the planet, in collaboration with the Sirian-Pleiadean Alliance. Just as Staffa Island is a generator of the Hebrides, (Iona as well as eastern Ireland), so does Skellig perform a similar energy generation and distribution in western Ireland. These ‘feed’ the earth currents of the area not only with telluric energies, but Cosmic or Celestial energies as well. These play a more important role than is currently recognized, though these were fully recognized in the Golden Era of Atlantis. (A time in which the Earth was in full dimensional aspect and those termed the Star Races inhabited the earth.)

Within Skellig is a Master Crystal of Violet Hue. It has been there since the Golden Age of Atlantis.

It has never been de-activated, for it was originally and specifically placed where it remains, and will remain.

It is a key point of refracting that energy you term the Ley, and it up-shifts into the sacred frequency of both the Mary and Michael Leylines.

It energizes all of the Leys in Ireland and in Britain, France and Europe.