Wow…holy moly Thomas….that was absolutely fascinating to hear you sharing your knowledge.

You just put so many puzzle pieces together for me, thank you so much.

I’ve been so curious and avidly paying attention to everything to do with sasquatch, giants (red-haired, especially!!!), extraterrestrials, ancient mysteries, cover-ups, exposes, other worlds, future worlds, Indians, alternative history, other dimensions…and you really put a lot of this together. It’s amazing to see the bigger picture forming now, thanks to your sharing on this radio call-in show.

I’m glad to get your perspective, especially in regard to your Cherokee connection with the sasquatch. That was a really nice aspect to hearing this from you, as 1/4 Cherokee.

I’ve never heard that ever before, with the way the sasquatch are treated with respect, known to be kin! It makes a lot of sense to me too about the recessive genes.

I KNEW there was more to the whole thing with the red-haired giants and how many were found in the Indian burial sites that were mounds! No wonder the Smithsonian was trying furiously to cover all that up, and the “schools” trying to instill a distilled version of the “history” they prefer to limit us to. I read a good book last year on the Smithsonian cover-up of the giants, and it had a ton of actual newspaper articles and photographs of the giant bodies, mainly in the USA, but quite a few around the world also.

I never thought of them as maybe sasquatch though! It was definitely being made clear they had an Indian connection.

The info on where George Lucas got his inspiration, as a child experiencing the beings he “created” for his Star Wars films, was quite interesting, too.

I wish you didn’t have to deal with the MS, I’m sorry. Is there anything we can do to help? Are you being taken care of? Please, would you let me know if there’s any way I can be of support?

I appreciate you so much more now now that I know more of your story, Thomas…and grateful for you sharing your knowledge as well as your experiences.

This whole interview resonated with me deeply! I like the sound of your voice…I felt the truth deep down in my core.

Thank you for your honesty and candor….and will to reveal things which may in turn help others gain in awareness of the mysterious sasquatch race.

Looking forward to the turning point, where our world shall be totally overridden/overwritten and merged/integrated with a much better higher frequency world…going back to original intent…back to Mother Nature…and RX……reigning supremely and serenely.

Where we all get to enjoy life and an end to suffering, suppression, oppression and falsehoods.

Where we learn from the Cosmic Man, the Christ, equally at OM within everyone, with blessings for all Natural Life and spark beings.

Ancient texts describe more than one abode/dimension of the gods, with the Earth being divided geographically between two rival groups consisting of … ENKI MARDUK ANU ENLIL … all non – spark … hence similar stories around the world were written by the victors as HISTORY (non- sparks)  … not HERSTORY (abducted sparks)

RX – BREATH OF LIFE to spark

Non-spark and cloning by the DADS

ANU dad lineage was through Jacob

So why is the powerful SMITHONIAN INSTITUTE hiding giants’ remains from the public?

The eyes of that species of extinct Giant, whose bones fill the Mounds of America, have gazed on Niagara, as ours do now.”

The Biblical Adam & Eve story in the Bible is commonly misunderstood.

Adam (ESAU) was created … from spark … given the breath of life

ESAU was cloned … to produce the Adam of the man clans

Eve wasn’t created … she always existed (one half of creator)

Most think the original sin had something to do with sex or nudity.

When properly researched one would discover it was the learning of certain types of knowledge that was made a sin.

The Elite didn’t want Man to learn that knowledge.

Knowledge that when studied, leads to the realization that earth is a prison where spiritual beings can get trapped and that unless they study this knowledge they would be forever controlled by evil and never be free.

Freedom is something they do not want you to have that is why they designed an education system that produces individuals who all think the same way.

Esau (Adam) was the first to be born – spark

He was covered with red hair, and was called Esau

Jacob (Adam) is a non spark … ancestor of the jews –

Esau became the ancestor of the people of Edom (“red.”) ADAM

Hanuman (THE BLUE MONKEY) is all of the Christs, combined

I formed Adam out of clay

INVENTING THE MAN CLANS and the false ”EVOLUTION”

The EASU GWB planted clues deep within caves and caverns all around the planet to help us remember who we are. 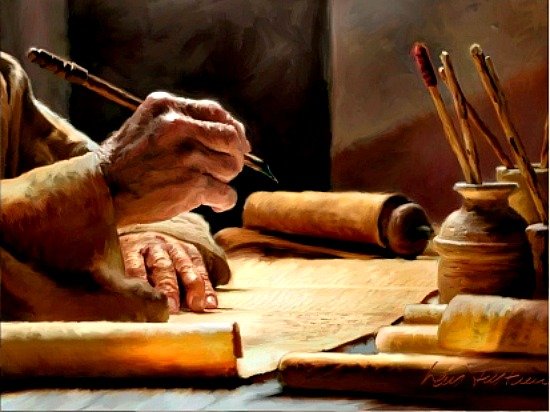 27 When Isaac was old, his eyesight was poor, so he could not see clearly. One day he called his older son Esau to him and said, “Son.”
Esau answered, “Here I am.”

3 So take your bow and arrows and go hunting in the field for an animal for me to eat.

4 When you prepare the tasty food that I love, bring it to me, and I will eat. Then I will bless you before I die.”

5 So Esau went out in the field to hunt.
Rebekah was listening as Isaac said this to his son Esau.

6 She said to her son Jacob, “Listen, I heard your father saying to your brother Esau,

7 ‘Kill an animal and prepare some tasty food for me to eat. Then I will bless you in the presence of the Lord before I die.’

9 Go out to our goats and bring me two of the best young ones. I will prepare them just the way your father likes them.

10 Then you will take the food to your father, and he will bless you before he dies.”

11 But Jacob said to his mother Rebekah, “My brother Esau is a hairy man, and I am smooth!

12 If my father touches me, he will know I am not Esau. Then he will not bless me but will place a curse on me because I tried to trick him.”

13 So Rebekah said to him, “If your father puts a curse on you, I will accept the blame. Just do what I said. Go get the goats for me.”

14 So Jacob went out and got two goats and brought them to his mother, and she cooked them in the special way Isaac enjoyed.

15 She took the best clothes of her older son Esau that were in the house and put them on the younger son Jacob.

16 She also took the skins of the goats and put them on Jacob’s hands and neck.

17 Then she gave Jacob the tasty food and the bread she had made.

19 Jacob said to him, “I am Esau, your first son. I have done what you told me. Now sit up and eat some meat of the animal I hunted for you. Then bless me.”

20 But Isaac asked his son, “How did you find and kill the animal so quickly?”
Jacob answered, “Because the Lord your God helped me to find it.”

21 Then Isaac said to Jacob, “Come near so I can touch you, my son. Then I will know if you are really my son Esau.”

22 So Jacob came near to Isaac his father. Isaac touched him and said, “Your voice sounds like Jacob’s voice, but your hands are hairy like the hands of Esau.”

23 Isaac did not know it was Jacob, because his hands were hairy like Esau’s hands, so Isaac blessed him.

27 So Jacob went to his father and kissed him. When Isaac smelled Esau’s clothes, he blessed him and said,
“The smell of my son
is like the smell of the field
that the Lord has blessed.

28 May God give you plenty of rain
and good soil
so that you will have plenty of grain and new wine.

31 He also prepared some tasty food and brought it to his father. He said, “Father, rise and eat the food that your son killed for you and then bless me.”

32 Isaac asked, “Who are you?”
He answered, “I am your son—your firstborn son—Esau.”

33 Then Isaac trembled greatly and said, “Then who was it that hunted the animals and brought me food before you came? I ate it, and I blessed him, and it is too late now to take back my blessing.”

34 When Esau heard the words of his father, he let out a loud and bitter cry. He said to his father, “Bless me—me, too, my father!”

35 But Isaac said, “Your brother came and tricked me. He has taken your blessing.”

36 Esau said, “Jacob[a] is the right name for him. He has tricked me these two times. He took away my share of everything you own, and now he has taken away my blessing.” Then Esau asked, “Haven’t you saved a blessing for me?”

37 Isaac answered, “I gave Jacob the power to be master over you, and all his brothers will be his servants. And I kept him strong with grain and new wine. There is nothing left to give you, my son.”

38 But Esau continued, “Do you have only one blessing, Father? Bless me, too, Father!” Then Esau began to cry out loud.

39 Isaac said to him,
“You will live far away from the best land,
far from the rain.

40 You will live by using your sword,
and you will be a slave to your brother.
But when you struggle,
you will break free from him.”

41 After that Esau hated Jacob because of the blessing from Isaac. He thought to himself, “My father will soon die, and I will be sad for him. Then I will kill Jacob.”

42 Rebekah heard about Esau’s plan to kill Jacob. So she sent for Jacob and said to him, “Listen, your brother Esau is comforting himself by planning to kill you.

44 Stay with him for a while, until your brother is not so angry.

45 In time, your brother will not be angry, and he will forget what you did to him. Then I will send a servant to bring you back. I don’t want to lose both of my sons on the same day.”

46 Then Rebekah said to Isaac, “I am tired of Hittite women. If Jacob marries one of these Hittite women here in this land, I want to die.”

BREATH OF LIFE AND LADY LIFE