HARALD KAUTZ VELLA : THE WAVE … it will start with the oldest souls. It will come from the heart 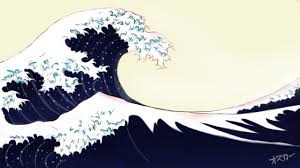 Heres a little translation from harald german video someone did:

Ok, so here is the translation.

Harald would like to report about something what his girlfriend and him experienced the last 9 days.

It has to do with what the people on the Internet referring to as the Wave X and expecting something coming from outside of the Universe, something cold.

Not every one will experience at the same time.

it will start with the oldest souls.

It will come from the heart.

There are beings they came from other dimensions to help both of them to go thru this time as it is very painful and they wanted to put it out on video asap without any third party involved or interview, so that others who will go thru it will know what to expect.

He and his girlfriend were contacted by beings they wanted to help them go thru the process much faster so that they can refer back to us and help others with the process. Both of them went thru two level healing.

The first level was kind of a distance healing and the second level was like drama from previous incarnations where he’ve got emotional relations and blockages.

The point was to go thru the pain and drama he caused other people during previous lifetimes and not close his eyes when the images were shown to him. He was healed on both levels, and released the blockages and ego patterns.

He says that we have to go thru the pain, regret and let go of ego.

There is a hierarchy in our body, if the heart is doing something, the ego is not asked.

At the end he says “I wish you best of luck with the process and would like to tell you a sentence exactly in the same way as it was directed to me: “You are infinitely loved”.

12 thoughts on “HARALD KAUTZ VELLA : THE WAVE … it will start with the oldest souls. It will come from the heart”