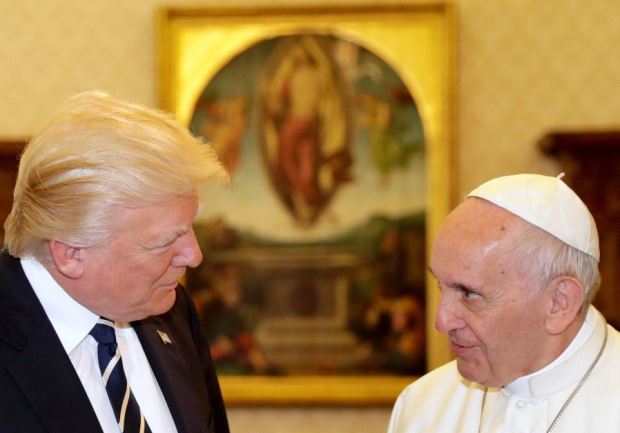 NOT MANY KNOW THAT

AND Q WON’T TELL YOU

SONG FOR THE DEAD Q

I want my sparkling things back

NATURE’S VOICE M – RX : WE ARE TAKING BACK ALL OF US – WE ARE ALL GOLD

President Trump Is Lashing Out

at the Russia Investigation.

In recent days, President Donald Trump and his allies have repeatedly lashed out against Special Counsel Robert Mueller’s investigation into Russian meddling in the 2016 election.

Since the end of last week, Trump has tweeted 11 attacks against the Mueller probe and the news media, while his personal attorney Rudy Giuliani has given a flurry of interviews to outlets such as CNN and Fox News defending Trump.

One reason for the offensive may be the opening of a trial of Trump’s former campaign manager, Paul Manafort, on charges of tax and bank fraud. Another could be the near-constant drip of stories about what Trump’s former lawyer, Michael Cohen, knows about things like efforts to silence a Playboy model about an affair and a 2016 meeting with Russians at Trump Tower.

But underlying all these stories is another pressing concern for Trump which he once labeled a “red line” for any investigations: His finances.
Since the election, the president’s critics have pushed on a number of fronts to get more information on the real estate mogul’s closely held business, including his dealings with Russians and people seeking to influence the Administration. Now there are signs that the veil he’s long held over everything from his net worth to his business associates may be pierced.
A federal judge ruled last week that a lawsuit over Trump’s ownership of a hotel in a building leased from the federal government may proceed, which means that opposing lawyers can start seeking his financial records. Cohen’s apparent willingness to cooperate with federal prosecutors and a recent subpoena of the Trump Organization’s chief finance officer could spill other secrets. Democrats increasingly look likely to retake the House of Representatives this fall, which would give Trump critics like Rep. Maxine Waters the power to launch investigations into his business dealings.

As this is going on, the Manafort case is making clear how damaging the release of this kind of information can be. Prosecutors have already revealed that Manafort made more than $60 million as a political consultant in Ukraine and said they will use evidence including “memoranda, emails, and photos reflecting tasks performed” to show the “full sweep of Manafort’s Ukraine work.”

All of this is likely troubling for a president who has long been secretive about the exact details of his finances. Trump broke a 40-year tradition among presidential candidates by refusing to release his tax returns in the 2016 election. And in the past, he’s been so defensive about his net worth the the sued a reporter and publisher in 2005 who claimed he was worth less than he stated, arguing in a court deposition that his net worth was based on everything from the stock market to “my own feelings” each day.

That sensitivity has continued into the presidency, with Trump telling the New York Times in 2017 that it would be crossing a “red line” for the special counsel to look at his personal finances.

Here’s a closer look at how the public may soon learn more about Trump’s finances.
The Emoluments Clause case

A federal judge ruled last week that an Emoluments Clause lawsuit against Trump can proceed. The suit, brought by Maryland and the District of Columbia, accuses Trump of unconstitutionally accepting benefits from foreign and state interests through the Trump International Hotel in D.C. The next phase of the process is where things could get uncomfortable for Trump: During discovery, the team representing Maryland and D.C. could press for financial documents, including years of Trump’s tax returns.

“The court has already ordered the preservation of Mr. Trump’s business records,” the attorneys general for Maryland and D.C. and the chairman of Citizens for Responsibility and Ethics in Washington wrote in the New York Times. “We plan to examine them expeditiously and carefully when our lawsuit enters the discovery phase to uncover the extent of Mr. Trump’s violations through his Washington, D.C., hotel, where an endless retinue of foreign and domestic governments have spent lavish amounts of money since the election, all to the president’s financial benefit.”

Raquel Coombs, the director of communications for Maryland’s Office of the Attorney General, confirmed to TIME that they are considering going after Trump’s tax returns in discovery.

“They certainly can make a document request for anything that they want,” says Renato Mariotti, a former federal prosecutor now at Thompson Coburn. “But the question is then if the other side is going to push back. And if I was on a plaintiffs’ side, I think it could be challenging [to explain] why it is you need personal tax returns for the president when your allegation is that certain business entities have gotten a benefit.”

Whatever the plaintiffs do uncover in discovery could be made public, unless the judge orders or the parties agree otherwise. “I’m sure,” Mariotti says, “the plaintiffs will do whatever they can to make as much public as they can.”

Trump has two former employees who know a lot about his business and finances who may be gearing up to talk to investigators. Michael Cohen, Trump’s longtime lawyer and fix-it guy, has been in hot water since April, when the FBI raided his home, office and hotel room and seized thousands of documents. (The raid was by the U.S. Attorney’s Office for the Southern District of New York, based on a referral from Mueller’s team.) In the past, Cohen has claimed ultimate loyalty to Trump. “”I will always protect my POTUS,” he tweeted one day before the raid.

But recently, cracks have been showing. In July, he said, ”I put family and country first.” He has provided secret recordings of a conversation showing Trump knew about a plan to buy the rights to the story of former Playboy model Karen McDougal, who claimed to have had an affair with Trump. According to CNN, Cohen also claims that Trump knew in advance about the infamous 2016 Trump Tower meeting, which directly contradicts multiple denials by the president and his associates. And CNN also reports that Cohen is willing to share that knowledge with Mueller. Cohen may be hoping that cooperating with Mueller will help him lessen his own legal troubles. If that’s the case, he likely knows much more about Trump’s business dealings and finances beyond the McDougal payoff.

Someone who knows even more about Trump’s money: the chief finance officer of the Trump Organization Allen Weisselberg, who has been subpoenaed to testify as a witness before a federal grand jury in the criminal probe of Cohen, the Wall Street Journal reports. Weisselberg served for decades as executive vice president and chief financial officer at the Trump Organization, and Cohen references him explicitly in the tape he released about the McDougal payment. “I’ve spoken to Allen Weisselberg about how to set the whole thing up,” Cohen says.

If Weisselberg testifies before a grand jury, he’ll be an “extensive source of information,” says Mariotti, “because prosecutors can ask him anything they want, and he’s the CFO, so I’m sure he knows everything there is to know.” The transcript will never be made public. But as prosecutors pore over his testimony and review the documents and records they are sure to have subpoenaed from the Trump Organization, if they discover any crimes related to Trump or his company, they could refer those to other prosecutors to investigate.

Former Trump campaign chairman Paul Manafort’s first trial begins Tuesday, and while it doesn’t have anything to do with Trump’s own dealings, it lays bare a worst-case scenario for when shady finances are brought to light. Manafort’s Virginia trial — he faces another in the District of Columbia set to begin this fall—focuses on money Manafort made while working as a consultant in Ukraine. The indictment charges him with hiding millions in overseas income through offshore accounts, bank fraud and tax evasion.

“With Paul Manafort, who really is a nice man, you look at what’s going on, it’s like Al Capone,” Trump has said. (The famous gangster was convicted and sent to federal prison for tax evasion in the 1930s.)

The fact that Manafort’s Virginia trial — the first trial to come from charges brought by Mueller’s investigation — is centered on financial crimes is sure to cast any of Trump’s own worries about keeping his finances private into sharper relief.

← THE CROSSING … OF CHRIST – ELECTROMAGNETICS MERGE
M – RX : PYRAMIDS ARE WAKING UP – ELF WAVES ARE BREAKING UP … HEARTS MUST ATTACH COSMICALLY →

5 thoughts on “M- RX REVELATION : TRUMP’S MONEY SOURCE IS THE VATICAN – KING OF THE DUMP – TRUMP”